Sensors for automatic print bed leveling significantly reduce the preparation time for FDM 3D printing. Many 3D printers can be upgraded with such sensors. Now as an independent upgrade accessory, or has begun to become an advantage to work in the auto-leveling 3d printer.

Auto-Leveling 3D Printer: Do I Really Need It?
Creality Ender 3- Easy Way To Level Your Bed

This CR touch doesn't work for the 8 bit mainboard, Please make clear what version of your mainboard is before purchasing.

CR-10SProV2, Ender-5PLUS equids with the bl touch and don’t need to install a upgraded kit separately.

BLTouch, the directly from ANTCLABS in South Korea is the original. can be applied on almost every board after configuring the Firmware.

CR Touch is upgraded to a metal probe, which reduces wear and tear and greatly prolongs its service life.

And newest CR-Touch upgrades its probe further with a silicone ring around, effectively reducing the abnormal sound generated in the process of work. 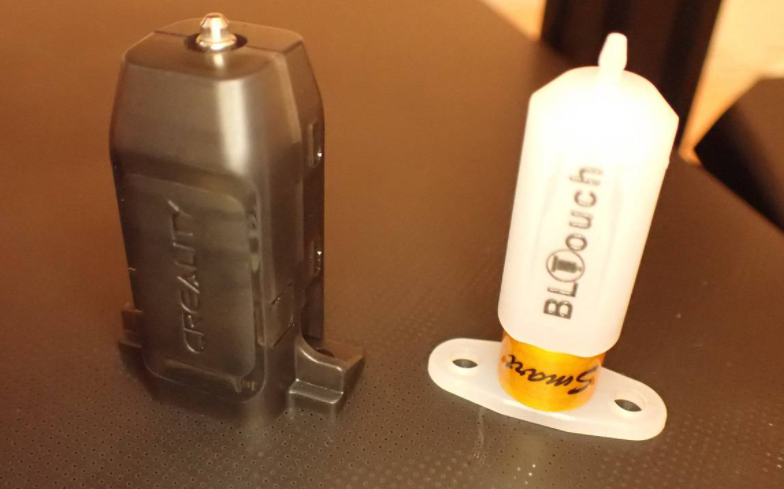 CR Touch performs multi-point detection on the printing platform and records the heigh of each detection point. The system builds a virtual plane based on the height of each point and calculates the tilt angle between the nozzle and the platform to automatically compensates for different points.

The biggest difference between the BL-Touch* and the CR-Touch lies in the sensor technology used.

The accuracy of the BL-Touch is therefore influenced by electromagnetic fields in the environment. 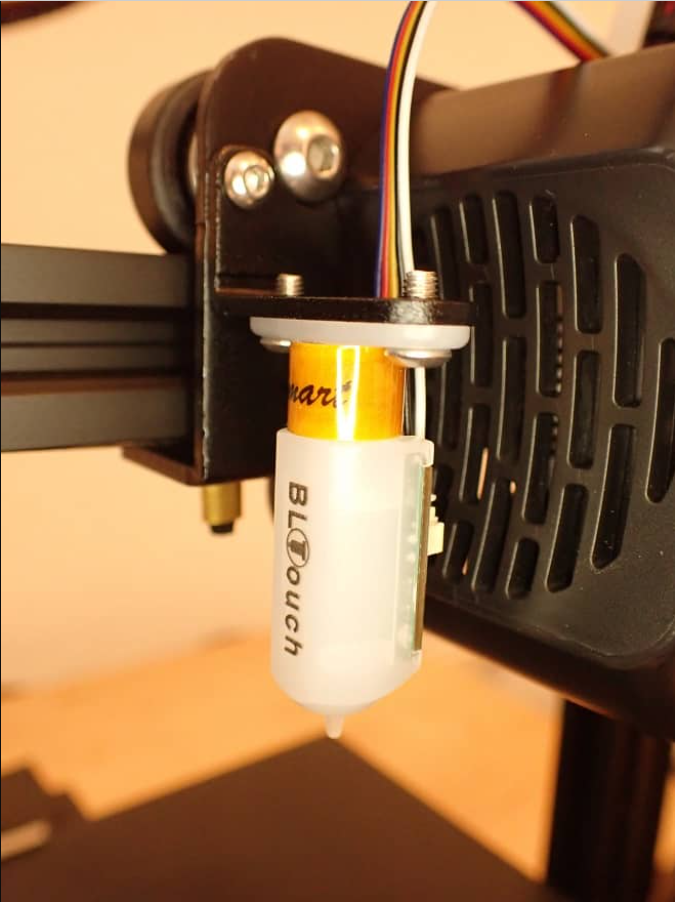 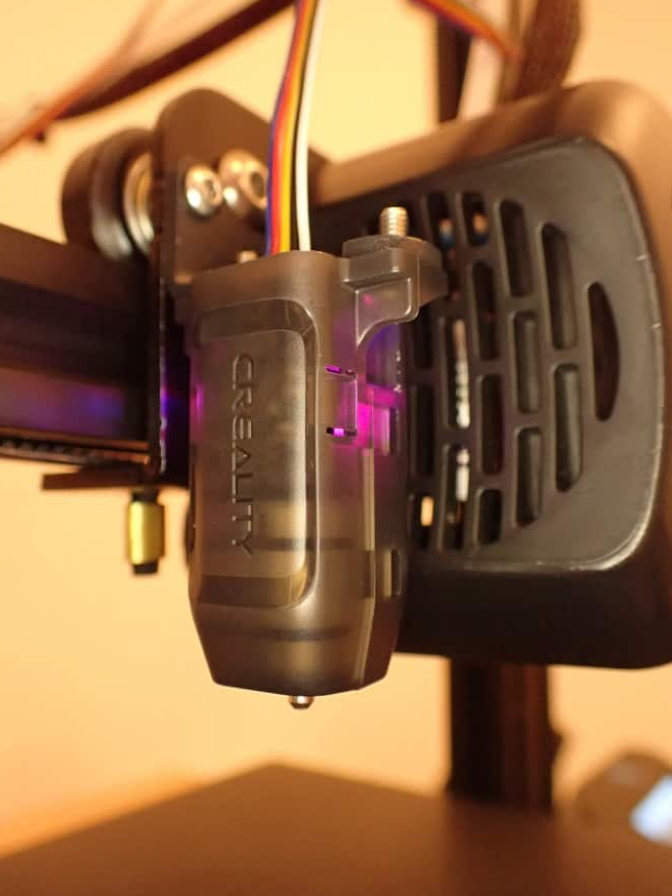 To test the accuracy, the first thing I did with both sensors was to run a repeatability test. You can use the Marlin M48 Probe Accuracy Test to create the G-Code for the test.

Using the appropriate G-Code, I measured the distance to the print bed at one point with each of the two sensors 10 times in a row, 5 times each.

So I repeated the test 5 times for the CR-Touch and 5 times for the BL-Touch. A run with 10 measuring points provides a standard deviation at the end, which corresponds to 5 values per sensor. From this, I calculated the mean value.

The mean value of the standard deviations thus corresponds to the repeatability. A lower value is better.

As you can see, the standard deviation and therefore the repeatability of the CR-Touch is much better than the BL-Touch.

However, both accuracies are very good and give your 3D printer a very accurate picture of how the print bed is tilted or warped.

To compare the three-dimensional accuracy across the print bed, I also used the 3D Printer Auto Bed Leveling Mesh Visualizer.

It does not really give comparable values, but I still wanted to test whether the two sensors measure something completely different or not. In principle, this test is unnecessary after the test of the repeatability, but looks nice and was quite interesting to perform. 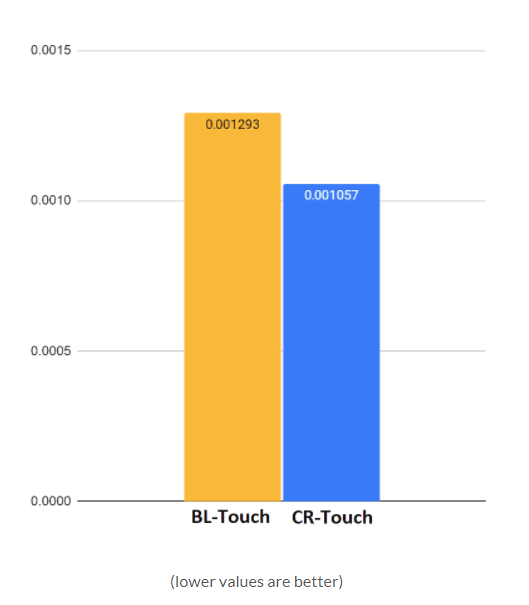 *Part of the content in this article comes from the3dprinterbee.com

Use this text to share information about your brand with your customers. Describe a product, share announcements, or welcome customers to your store.